Staying on Top of Wood Rot 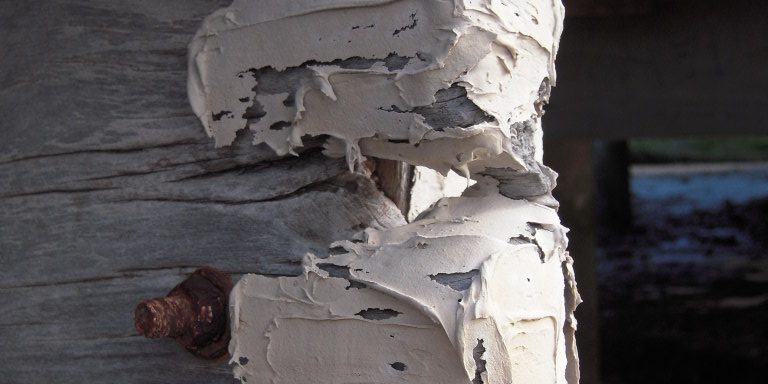 Wood rot is a common term, which actually refers to two separate conditions that mostly affect timber. Both conditions seriously impact the structural integrity of wood, and both heavily rely on the presence of moisture. Therein lies the confusion. However, there is less confusion with the realisation that there are two types of wood rot referred to as either “wet” or “dry.” The latter suggests the absence of moisture when, in fact, both thrive in wet, humid conditions. Regardless of the type of wood rot you are dealing with, failure to address the problem could result in your home falling down around you. Even if you catch wood rot in the early stages, it is most likely an indication of a larger problem which you need to address.

The most obvious signs of wood rot are discolouration and shrinkage. When visible timber structures are affected by wood rot, the area of infection will have noticeable defects. The problem with this method of detection is that it doesn’t allow for hidden structures. For example, internal framing, rafters, the underside of wooden floors etc. are not visible to the naked eye. However, when structures are suffering from wood rot, they usually give off a very acrid smell. As both types are caused by fungus, both produce a mouldy or mushroom like smell. An experienced building inspector will immediately be able to identify the smell, as it is as distinctive as a fine wine.

Wet rot occurs when there is excess moisture present, which acts as a breeding ground for the Coniophora puteana. This type of rot is usually referred to as “cellar fungus,” as it mostly affects structures in the lower tiers of a property. The cellar is often neglected, when it comes to temperature and humidity control, as it a room which is not utilised as much as the other rooms in the home. For that reason, wet rot often goes unnoticed until the homeowner is alerted by either a smell or the rot spreading to structures in the upper levels of the home. To address wet rot, you must first cut off the source of the moisture. If it’s a leak coming from pipes or seeping through the foundations of the property, you will need to seal off the source of the moisture. However, if the build-up of moisture is due to lack of ventilation or excessive heat retention, you will want reconsider your insulation. Paying to ensure that your wooden structures are adequately dry will cost you a lot less than dealing with a serious wet rot problem.

Dry rot has some very distinctive signs, which include: whitish or yellow discolouration of wood, fungal like growths on wood, acrid or damp smells which don’t appear to have a source, and wood which is dry, crumbling, shrunken or splitting. Much like with wet rot, you will first need to determine the source of the infection. Leaking pipes, broken roof tiles, and inadequate ventilation are the usual culprits. Once the source of the problem is identified you are ready for the next step. You will have to isolate the areas of timber which are infected to ensure that the fungus doesn’t spread. When the affected timber is removed, you will want to determine the changes that are needed to stop the dry rot from coming back. Typically, adding additional ventilation is enough to change the ambient temperature in room, to the point where dry rot is no longer a problem. You can also use certain wood sealers, which are designed to protect against wood rot, to safeguard the timber against future attacks.

What You Need to Know About Land Zoning in NSW
February 13, 2020

Water Saving Tips Inside and Outside the Home
November 9, 2019

Keep yourself up-to-date with the latest news from Houspect and how we are maintaining business continuity.