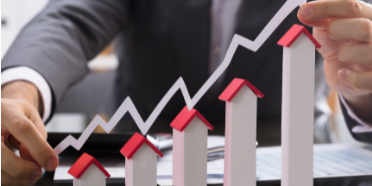 Melbourne housing market insights reveals new home listings soared by 82 per cent in October as vendors rushed back into the market after lockdowns ended.

As Australia’s capital cities recover from Covid-19 lockdowns and restrictions, Melbourne’s housing market has boomed post-lockdown as listings and auction clearance rates surge. There is an average of 1400 auctions per week over the last couple of months.

Melbourne’s house prices have increased by 19.5 per cent in the past year, with the median price now $953,000, following a peak-to-trough fall in values of -5.6 per cent between April and September 2020.

A typical Melbourne house is now about $170,000 more expensive than it was at the beginning of January, while units have experienced a gain of $44,000.

Unsurprisingly, Melbourne’s rental market has suffered the effects of Covid-19 lockdowns more than any other capital, coming off record-high rents in March last year and rent prices increased a negligible 1.8 per cent over the past 12 months as the city emerges from protracted lockdowns.

Melbourne’s vacancy rates are now at their lowest point since July 2020, falling from 3.5 per cent to 3.1 per cent in October. Almost 15,000 apartments were completed in the 2021 financial year, boosting supply well above demand to increase vacancy rates and drive down rents in Melbourne.

However, the improving economic and health outlook has prompted a rush of tenants to lease vacant rental properties as east coast states emerge from lockdown with high vaccination rates and more certainty.

Melbourne’s inner-city, apartment-heavy market continues to lag behind the rest of the city.

But it’s only a tapering, with demand still high enough to drive Melbourne’s median land price to an almost $335,000 record across the three months to September, and with enough work in the pipeline already to have builders booked to the second half of 2022.

The boom has been big enough to cause shortages of numerous building supplies, most notably timber frames.

Peter White, managing director of the Finance Brokers Association of Australia, says the group’s 9200 mortgage brokers have never been busier due to demand.

“It’s not like the sector has slowed down at all. But I do hope the market settles down into a new normal rather than being overheated,” he says.

“As the market does return to normal at some time in the future, interest rates are going to go up, and that can play havoc with people who have bought in a heated marketplace.”

DIY home maintenance and plumbing at its best
December 7, 2021

What has Houspect found during some of our inspections
December 7, 2021