Snakes Around the House 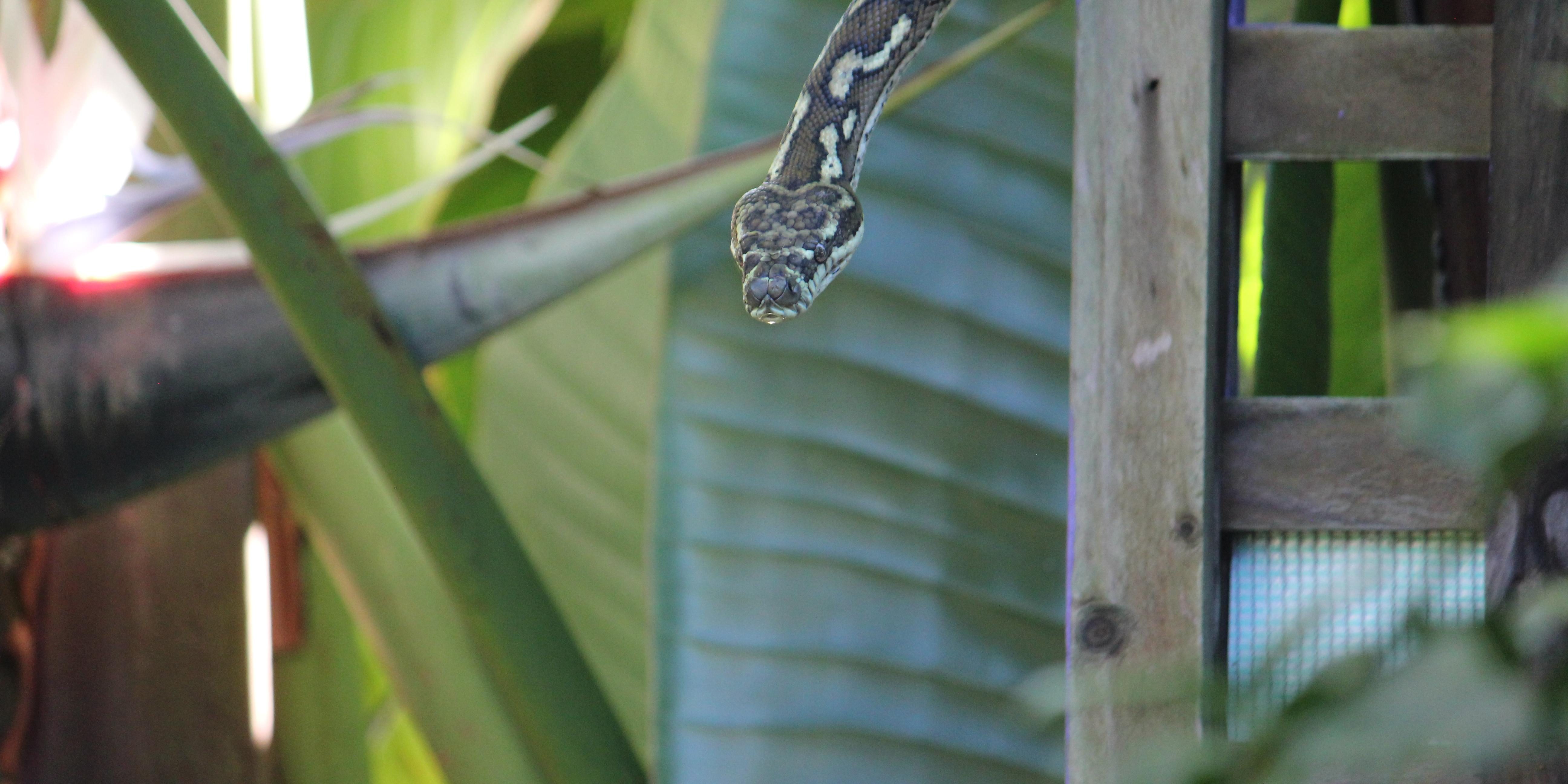 There are a number of common venomous snakes found in South Australia, many of which often find their way into residential areas. These snakes pose a danger to residents and can cause anxiety for anyone who suffers from ophidiophobia or herpetophobia, the fear of snakes or reptiles.

Snakes do not make a habit of seeking out humans for attack, so not seeing a snake is when you are in most danger. A snake is most likely to strike when they are threatened or feel like they are unable to escape. That means that cornering a snake is never a good idea.

While most wild animals do not generally choose urban areas as suitable habitats, some snakes are very comfortable setting up home in and around South Australian homes. Human habitats provide ample close to ground cover for snakes in a number of ways. Wood heaps and rubbish piles are two of the most common hiding places for urban snakes. They may also hide out in corrugated roofs and other roof spaces.

You can never make your South Australian home and property completely snake proof, but you can take measures to reduce the risk of snake bites. If your property provides an open invitation to take up residence, you are much more likely to have problems with snakes. By taking steps to eradicate hiding spaces and cutting off their food source, snakes will go to another location that offers what they need to survive.

The first step is to keep your home and property clear of rubbish and clutter. Make sure that any containers are sealed, avoid leaving boots outside, and take sufficient steps to insulate your home against entry by snakes. As mice and rats are a large part of the snake’s diet, anything you can do to reduce their numbers will force snakes to look for an alternative food source elsewhere.

It is essential that every member of your household knows what to do if a snake is found. Snake handling, in this respect, has more to do with avoiding getting bitten as opposed to physically handling a potentially venomous snake. When you encounter a snake, clear the area of pets, children and anyone else who really doesn’t need to be there. It is, however, a good idea to have another adult nearby in case you do get bitten.

Make sure you know where the snake is at all times; or, at the very least, know approximately where the snake made its escape. You should then immediately enlist the help of a DEWNR licensed snake removal service. A licensed snake removal service will have qualified handlers who are familiar with different species of snake and the appropriate way to handle them. The two main ways to find licensed snake handling services quickly are via the Yellow Pages website, or by calling the DEWNR Fauna Permit Unit on (08) 8124 4972. If you or someone else is bitten by a snake that you suspect is venomous, call 000 for an ambulance right away.

What Should Be Included as Standard in Your Building Tender
January 20, 2020

The Benefits of a Magnesium Pool vs Chlorine
January 16, 2020

How to Keep Animals Out of Your Veggie Garden
December 28, 2019
Latest News
Archives
Go to Top

Keep yourself up-to-date with the latest news from Houspect and how we are maintaining business continuity.