First Home Buyers – Will the time be right early 2013? 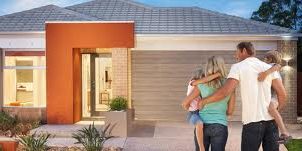 First Home Buyers – Will the time be right early 2013?

You’re probably no stranger to the phrase “timing is everything”. This is especially true when discussing something as momentous as your very first home purchase.

The good news is that housing affordability has risen to the same level as it was back in March 2010. The first home buyer index fell by an entire 9 points, down to 114 over the past year – the biggest fall we’ve seen since the index was launched.

These significant improvements in the homebuyers market have been assisted by a drop in interest rates and a rise in wages, while property values and average first home loan sizes have remained at a comfortable standstill.

According to the figures, Victoria experienced the largest improvement in affordability, with a drop of 12 points. Tasmania and South Australia followed closely as they each dropped 11 points.

REIWA figures also suggest a great deal of positivity across the housing market. 2012’s median house prices in Perth were $475,000 in March, which then rose to $484,000 later in the year, but eventually returned to $475,000 in September.

The Signs Are Looking Good

So how does the future look for Australia’s economy in 2013? Well, there is a wealth of optimism floating around – China’s economy is booming, and capital investment plans in Australia’s resources sector are also steadily climbing.

Stuart Cox, chief executive of Harcourts Real Estate is confident that there are “prospects for strong growth from both inside and outside the Australian mining sector, signalling that the economy should bounce back strongly in the medium term”. Further interest rate cuts are also quite probable.