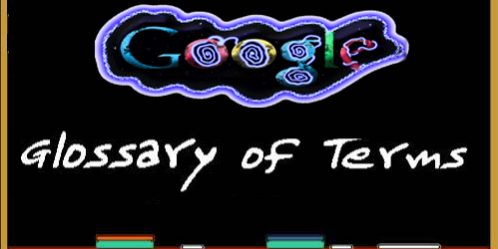 AG LINE- A perforated pipe (usually covered with a geo-textile fabric) laid behind retaining walls and other areas to catch seeping stormwater.

ARCHITRAVE – moulding surrounding a door or window opening to cover the join between the frame and the wall finish.

BAGGING – A method of finishing brickwork involving the application of a thin mortar slurry using a hessian bag or sponge. Can be painted over or left to fade in an oxide finish. Usually completed by the bricklayer. Bagging varies in texture & colour greatly and is not uniform like render.

BALUSTRADE- A series of vertical members supporting a handrail of a stair, landing, platform or bridge.

BRICK VENEER – A method of construction in which a single leaf of non-load bearing wall of brickwork is tied to a timber or metal framed load bearing structure to form the external enclosure.

CEMENT- A finely ground inorganic powder that, mixed with water, binds an aggregate / sand mixture into a hard concrete or mortar within a few days.

CHEMICAL DELIGNIFICATION – Chemical delignification damage is most commonly found in timber sections used as roof tile battens of buildings that are located in close proximity to the sea, large chemical factories or major arterial roads that have heavy traffic.

Lignin is the natural glue that holds the fibres of wood together and is therefore a major component of any wood. When the lignin is broken down or damaged the fibres then detaches from each other creating a visible hairy surface to a section of the timber, as the delignification progresses the structure of the timber section is weakened.

The timber section can be painted or oiled to stop further deterioration, where the chemical delignification damage is advanced then replacement of the damaged timbers is needed.

CONCRETE – A conglomerated artificial stone made by mixing in specified proportions cement, water and aggregates and pouring the mixture into prepared forms to set and harden.

CORNICE – A moulding placed at the junction between a wall and ceiling.

DADO – The lower portion of a wall above the skirting when finished in contrast to the remainder of the wall e.g. with wood paneling.

DAMP-PROOF COURSE (DPC) – A continuous layer of an impervious material placed in a masonry wall or between a floor and wall to prevent the upward or downward migration of moisture.

EAVES – The lower part of a roof that overhangs the walls.

FASCIA – A metal profile, which is fixed to the lower ends of rafters and usually supports the guttering.

FINIAL – A decorative fitting used at the junction of ridges and hips and at the top of conical, pyramid or domed roofs.

FOOTING- That part of a construction designed to transfer loads to the supporting foundation, usually constructed of reinforced concrete to support base brickwork.

FOUNDATION – The natural or built-up formation of soil, sub-soil or rock upon which a building or structure is supported.

FURRING CHANNEL – Battens fixed to the underside of trusses, rafters or ceiling joists to produce an even level ceiling.

GABLE – The vertical triangular end of a building with a pitched roof, between the rafters from eaves level to the apex (ridge). It may be formed in brickwork or timber framed and clad with weatherboards.

GAUGE – An indicating device usually in brickwork setting out the number of bricks to a certain measurement. E.g.seven brick courses per 600mm in height. This gauge is adjusted to suit the brick and the site conditions.

GIRDER TRUSS – A truss that runs in the opposite direction to other trusses and has brackets (shoes) to carry and support the other trusses. The girder truss is often a double truss, made of hardwood in part or has bigger elements than other trusses.

GOING – In a stair the horizontal distance from the face of one riser to that of the next.

HANGING BEAM – A beam above the ceiling used to support ceiling joists.

HEAD – The upper horizontal member at the top of an opening or frame.

HEADER – A brick laid with its greatest dimension across a wall usually used to tie two skins together or under a door sill or window.

HEARTH – The floor of a fireplace and immediately adjacent area.

HERRINGBONE BOND- A brick bond giving a diagonal pattern in the form of a series of vees or inverted vees.

HIP ROOF – A roof which is pyramidal in shape with sloping surfaces and level edges all round.

HOOP IRON STRAP – A strip of thin steel (usually about 25mm wide) which is usually built into brickwork or nailed to frames as a tie-down for wind.

IN-FILL CONCRETE SLAB – A concrete slab poured between base brick walls laid on concrete footings. An in-fill slab is supported by formwork or compacted filling.

JOIST – A timber or steel beam supported by a bearer which the flooring is fixed directly to.

KING POST – A vertical member which connects the ridge and beam of a roof.

LAMINATE – A product made by bonding together two or more layers.

MELAMINE LAMINATE – A laminate manufactured from layers of paper, textile, plastic, wood or wood veneer compressed at high temperature and sealed in melamine plastic. Often used as shelving in robes or kitchens.

LINTEL – A horizontal supporting member spanning over a window or door opening. A “galintel” is a steel lintel used to support brickwork over an opening.

MORTAR – A mixing of bush sand (white or yellow), cement (grey or off-white) and water for brickwork. Usually at the rate of 6 part sand to one part cement (by volume) and if required one part lime. Can have a flush, raked or round finish.

NEWEL POST – A post at the top or bottom of a stair flight to support the handrail and/or winders in the stair treads.

NOGGING – A horizontal timber member fixed between joists or trusses to provide stiffening or to support ceiling lining.

NOMINAL SIZE – The size of a timber that is used as a convenient description but not an exact size. Also usually before the timber is dressed.

PARAPET – A low wall to protect the edge of a roof, balcony or terrace. Many shops have a parapet at the front of the building for signage.

PARTICLE BOARD – A flat floor sheeting of good dimensional stability made from wood flakes and synthetic resin / binder under heat and pressure. Can be produced with decorative elements for joinery work.

PITCHROOF- The ratio of the height to span, usually measured in degrees.

PICTURE RAIL – A wooden or plaster moulding fixed to a wall at or above door height for hanging pictures or for decorative purposes.

PLYWOOD – Sheeting made from thin layers of veneer at right angles to each other and bonded together under heat and pressure. Can be used as flooring, wall sheeting, bracing and formwork.

POINTING – The completion of jointing between ridge or hip tiles with a matching colour after bedding of tiles or troweling of mortar into joints after bricks have been laid to touch up.

ACROWPROP – A strut which is light enough to be man-handled, often adjustable in length and used in scaffolding or to support beams temporarily.

QUAD MOULDING – A moulding with a cross-section of a quadrant of a circle used to cover joints often in eaves or at junctions of walls and/or ceilings.

RAFTER – A sloping member in a roof providing the principal structural support for the roofing material.

RAFTER (COMMON) – A rafter spanning the full distance from the eaves to the ridge.

RAFTER (CRIPPLE) – A rafter connecting a hip and a valley.

RAFTER (GABLE) – A common rafter at the end of a pitched roof.

RAFTER (HIP) – A rafter forming the hip at the external line of intersection of two roof surfaces. Jack rafters meet against it.

RAFTER (JACK) – A rafter between a ridge and a valley or a hip rafter and the eave.

RAKED JOINT- A brick joint raked out by the bricklayer for a key for plaster or as a decorative finish.

RENDER – The covering of a brick wall with one or more coats of cement mortar consisting of sand, cement and plasterers clay.

RIDGE – The highest part (apex) of a roof, which is usually a horizontal line.

RISER – The vertical face of a step in a stair flight.

SCISSOR TRUSS – A truss or strut with a sloping bottom chord to produce a raked ceiling at a cheaper cost than rafters.

SEASONING – The elimination of excess moisture from timber by air or kiln drying.

SHORING – The temporary or permanent support of an existing building, often due to demolition or of footing excavation to prevent collapse.

SKEW NAILING – The driving of nails at an oblique angle often in different directions to improve the strength of a joint of fixing.

SKIRTING – A wooden board fixed to the bottom of a wall at the junction of the floor to prevent damage to the wall or to conceal small gaps.

SLIP JOINT – A joint designed to allow movement between two members usually in the form of two layers of sheet metal with grease installed on top of a brick wall prior to installation of a concrete slab.

SOFFIT – The underside of a slab or eave.

SOLDIER COURSE- A course of brickwork laid on its end.

STRETCHER BOND- The most common masonry bond in Australia in which all bricks are laid with half overlaps and not using half bricks or cross bonds.

TERRAZZO- A material consisting of irregular marble or stone fragments set in a matrix of cement and mechanically abraded and polished after casting to produce a smooth hard surface.

THRESHOLD – The step or sill at an external door of usually timber tile or brickwork.

TOUGHENED GLASS- Glass made by rapidly cooling the glass to make it shatter into small pieces when broken for safety, It usually cannot be cut and needs to be made to order to size. It is unlike laminated glass which is made from layers of glass with silicon between to crack only when broken for safety and can easily be cut on site.

TRIMMER – A timber member fixed between joists or trusses to provide stiffening or to support ceiling lining.

UNDERPINNING – The construction of new footings or concrete piers under an existing footing to prevent its collapse or failure.

VALLEY- The meeting line of two inclined roof surfaces at a re-entrant angle.

WEEP HOLES- Vertical joints or perpends in brickwork left open above the flashing line to allow water from behind the wall to escape.

Z-PURLIN – A metal purlin with a cross section in the shape of the letter Z.

Houspect-Buy Build and Invest with Confidence