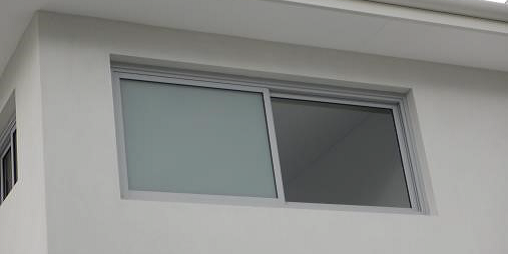 If you are building a new home in WA it is important to check the upper floor bedroom windows – there are some very specific requirements!

There were important changes to the Building Code of Australia (“BCA”) in May 2013 in relation to windows in upper floor bedroom windows of new residential buildings such as houses, hotels and apartment buildings.  In short, where the floor below the window is more than 2m above the surface beneath, there are requirements to protect certain openable windows to reduce the risk of young children falling from those windows

2       What are the Specifics of the Bedroom Windows?

The changes in the BCA require the affected bedroom windows to be fitted with either a device to restrict the window opening, or a suitable screen, so a 125mm diameter sphere (representing the size of a young child’s head) cannot pass through. The device or screen must also be able to withstand an outward horizontal force of 250 N.

The requirements do not extend to windows where the bottom of the window is greater than 1.7m or more above the floor level of the bedroom.

The device or screen can have a child resistant release mechanism which can enable the device or screen to be removed, unlocked or overridden. Where a child resistant mechanism is utilised, the window must also be provided with a barrier below it that has a minimum height of 865mm, does not permit a 125mm sphere to pass through it, and does not have any horizontal or near horizontal elements between 150mm and 760mm that facilitate climbing. Fixed glazing under the openable part of the window which meets the height requirements (i.e. transom at least 865mm above the floor etc.) would satisfy the barrier requirement.

Where a device or screen is securely fixed in position (e.g. a screen pop riveted to the window frame) so it cannot be unlocked, overridden, or is very difficult to remove without for example a drill, the 865mm barrier would not be required as the securing method is considered a fixture and not a child resistant release mechanism.

The BCA allows a screen or window opening restricting device which protects an openable window to be installed in a manner that allows it to be removed, unlocked or overridden. This would be useful, for example, in the event of a fire or other emergency or to allow for cleaning. In these situations, the unlocking device must be child resistant.

A child resistant release mechanism could include a device which requires a key to unlock; a coordinated two handed operation to release; or the use of a tool such as a screwdriver, spanner, or allen key to remove the screen or shift the window to the fully open position. The Australian Building Codes Board considers that a block which is screw fixed to the window track to restrict the opening of a window is a device with a child resistant mechanism and not a fixture.

There are a number of hardware solutions available, such as short chain winders and barrier screens which will allow windows to comply with the new requirements. Sliding window locks which key lock the sash so a 125 mm sphere cannot pass through, but allow the sash to open fully when unlocked, meet the requirements. The screen or opening restricting device must be able to resist a force of 250 N.

Compliance with this provision would need to be assessed by the relevant building certifier or surveyor on a case by case basis, but in general, the ABCB’s view is that a roof or ledge that is not protected at the edge by a BCA compliant balustrade or barrier would not be suitable.

The purpose of the window protection provisions is to limit the potential fall height of a young child through the openable window. If a young child can readily fall from the surface beneath the window and onto another surface further below, the ABCB considers that the BCA intent has not been achieved

Building inspections are an important part of your construction journey. Houspect WA conducts a large number of construction inspections every week, including PCI’s. Our Building Inspectors, all of whom are independently registered WA Builders with a minimum of 20 years’ experience, can provide you with significant support during the important PCI process and beyond.

Strata Construction Defects – The Good, the Bad, the Ugly and the Very Wrong!
August 15, 2019