The Life Cycle of a Termite 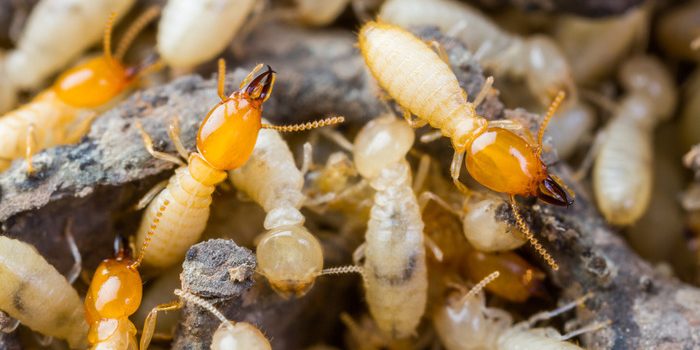 Know your enemy, New South Wales. He is silent, he is destructive, and he is hungry. The subterranean termite is the bane of homeowners, capable of causing thousands of dollars in damage. As a homeowner, you would do well to keep an eye out for them – Our pre purchase building inspection checklist can help with this.

Let’s take a look at the life cycle of the termite in order to better understand the nature of the insect and how to protect your home against them. There are numerous termite types, though most exhibit essentially the same life cycle. Since the subterranean termite is by far the most prevalent, they will be the focus of this article.

Is a Termite Colony Inhabiting Your Home?

The termite lifecycle begins with the egg. A termite queen can lay as many as 30,000 of them per day. Queens have the ability to control the growth of a colony by the use of pheromones, which create additional queens for added reproductive capacity.

When the egg hatches, a termite nymph is born. At this stage, the termite nymph’s future role is undetermined. The nymph will advance gradually through a series of moults to its eventual position within the colony: a worker, a soldier, or a reproducer. Depending on how the nymph develops through its life stages, its role within the colony is determined.

Worker termites are the only colony members that can actually digest wood cellulose. The worker’s appearance is a translucent colour, 3-4 mm long. Blind, wingless and voracious eaters – they feed the rest of the colony by regurgitating cellulose from the timber. They also build the tunnels used for expanding the colony to access timber for food.

Soldier termites are the defensive force of the colony. The soldiers develop pinchers, mandibles capable of crushing invaders. It is common for soldier termites to assume the role of workers when the need arises.

Reproducers perform the function of repopulating the colony with the queen. For the purpose of mating, Swarmers develop during the mature stage of the termite lifecycle. Alates, as they are called, will emerge in spring to hover and mate, then shed their wings to migrate and develop new colonies.

Lifespan: Whereas worker and soldier termites will live on average 1 – 2 years, a queen may live for ten or more years. Once her role has been fulfilled, the cycle is repeated. New queens develop to produce eggs; supplementary reproductive termites will mate with them, while workers and soldiers build and defend the colony respectively. According to the needs of the colony, these roles have been known to change during the lifecycle of the termites.

Termite colonies can number in the millions, and there can be several colonies per acre in New South Wales The damage caused by subterranean termites is so enormous that preventive measures are a vital part of home maintenance.

If you’re keen to read other articles from Houspect on pest control and termites, follow some of these links :

If you need additional assistance, Houspect New South Wales can help coordinate affordable Termite inspections in Sydney and surrounding areas to help identify the problem before it gets too far out of control.