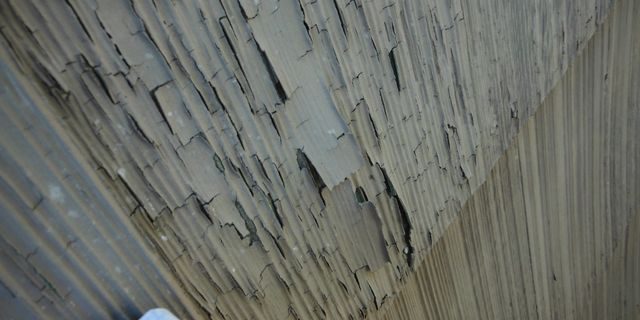 Anyone painting a house or doing maintenance that could disturb paint containing lead should avoid exposing themselves and their families, neighbours and pets to its hazards.Ask your doctor for a blood test if you think you or your family have been exposed to lead. It will help you make a decision about what type of action you may need to take to protect your own, and your family’s health. Paints containing as much as 50% lead were used on the inside and outside of houses built before 1950. Until the late 1960s paint with more than 1% lead was still being used. As a rule of thumb, the lead content of paint was limited to 1% by 1970. However, houses built after 1970 might still contain paint with more than 1% lead, particularly if old paint, industrial paints, or marine paints have been used.